Arizona Opera, originally the Tucson Opera Company, was founded in 1971 by a dedicated group of opera enthusiasts. Its inaugural season featured two performances of Rossini’s The Barber of Seville in Tucson and by the 1976 – 1977 season Arizona Opera was performing complete seasons in both Tucson and Phoenix.
Since its inaugural year, Arizona Opera has produced over 200 fully-staged operas and concerts. The company’s artistic history is rich with a blend of opera’s traditional repertoire featuring baroque, bel canto, and verismo works, turn-of-the-century masterpieces, operettas, and American operas. Arizona Opera has also presented Wagner’s complete Ring Cycle twice, a feat that has only been accomplished in North America by four other companies.

THE COPPER QUEEN
The Copper Queen Film tells the story of Julia Lowell, a resident of The Copper Queen Hotel in Bisbee, Arizona in 1910, who was forced to live in captivity in service to the men of the town. A century later, Addison Moore—a stranger to Bisbee—visits Room 315, the site of Julia’s tragic death, where her ghost now famously roams.
EL MILAGRO DEL RECUERDO
Tucson – December 11-12, 2021 – Temple of Music and Art
Set during Christmas, the opera lovingly explores the themes of traditions and familial bonds while its characters deal with life-changing decisions and dream of something more.
CARMEN
Tucson – February 5-6, 2022 – Tucson Music Hall
The ultimate diva, the gypsy Carmen can ignite men’s desires and fill their hearts with passion at a single glance.
A LITTLE NIGHT MUSIC
Tucson – March 12-13, 2022 – Tucson Music Hall
A Little Night Music is the Tony Award and Drama Desk-winning Best Musical with music and lyrics by Stephen Sondheim and inspired by the Ingmar Bergman film, Smiles of a Summer Night.
COSÌ FAN TUTTE
Tucson – April 16-17, 2022 – Tucson Music Hall
Così tells the story of two sisters who are falsely led to believe that their fiancés have been called to war. In truth, their lovers were only out to test their fidelity, so they return home—in disguise—to seek the truth.

Use CHAMBER15 to receive 15% off your tickets

Offer valid through April 17, 2022. Only for Mainstage and Red Series performances. Not applicable to fundraisers, events, or films. Can not be combined with any other offer. 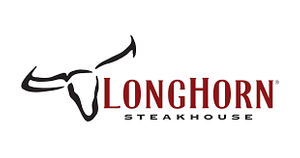 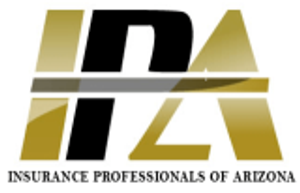